Success In The Sunny South East 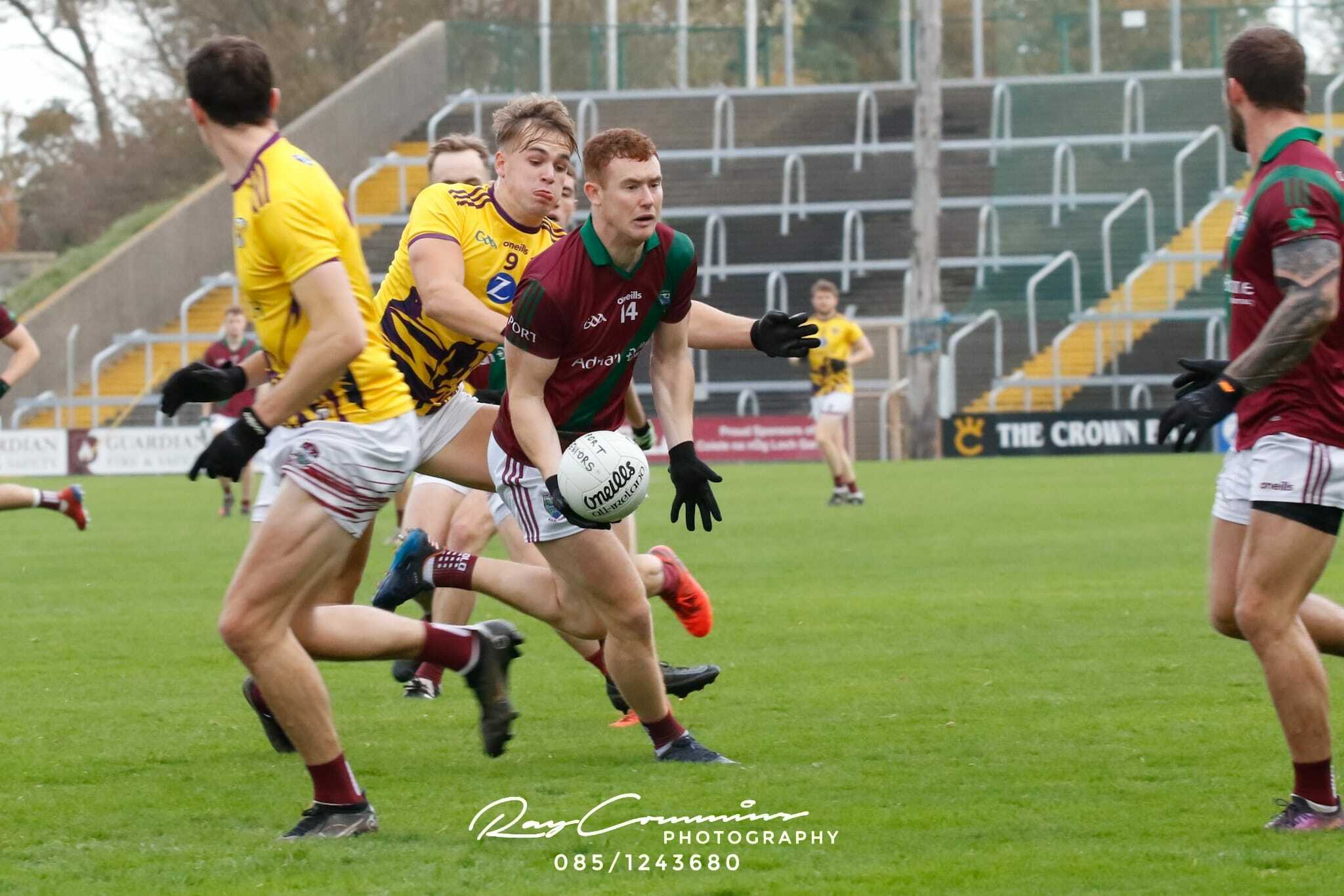 The one constant that the Leinster club championship brings, is the best of the best from every county, which makes it such a unique and hard to predict competition.

The bookmakers in their infinite wisdom had Port placed as favourites going into this game, but Castletown were never laying that bet and were there to upset the odds & progress in Leinster.

The dour weather that we woke up to in the midlands on Sunday morning was not as evident in the Model county, and the conditions for football were as good as you could hope for at the end of October. 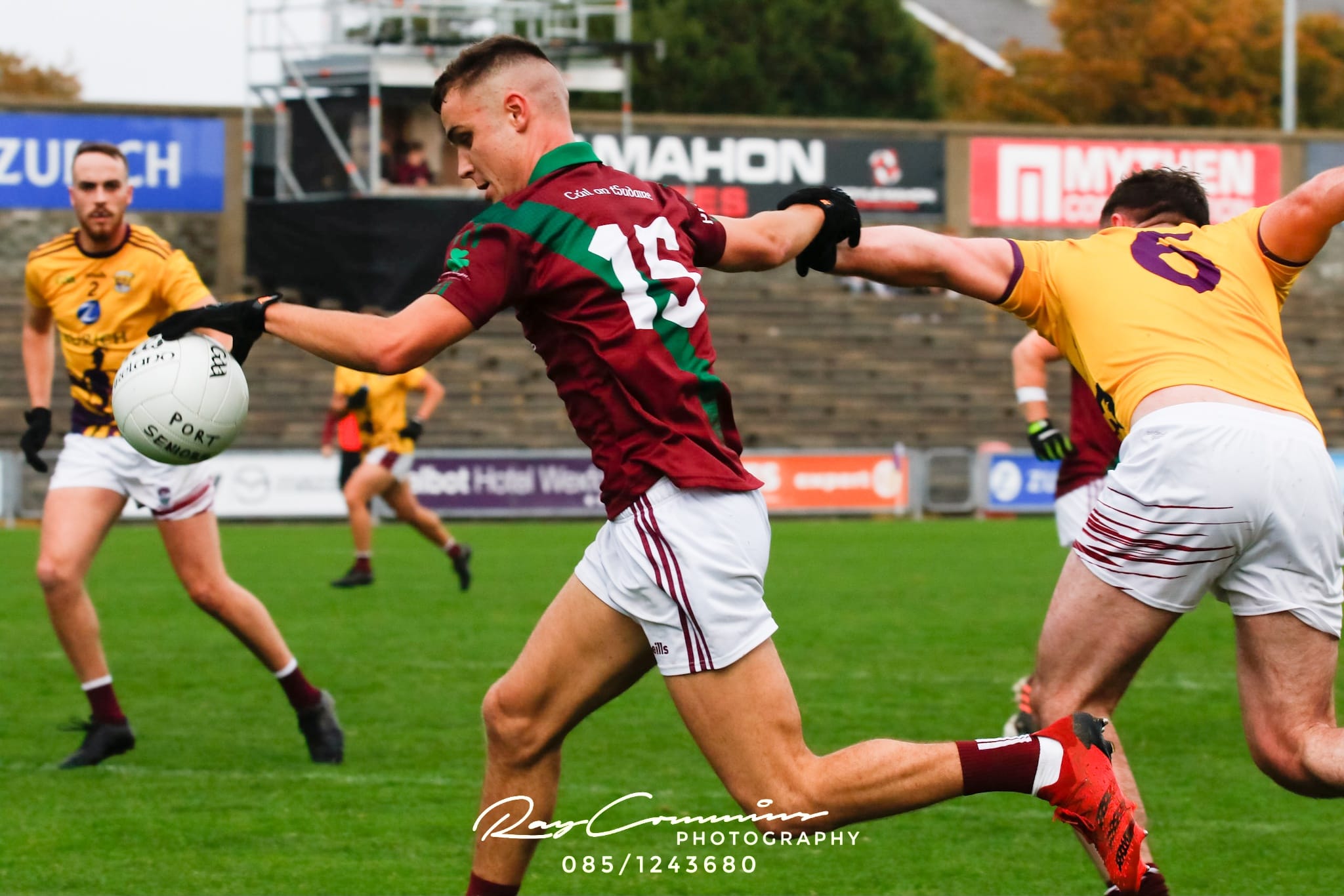 Port were first out of the traps in the 3rd minute with a point from Colm Murphy, followed by another five minutes later from the number 14. But Castletown were slowly finding their feet in the game and they tagged on their first two points in the 9th & 10th minutes, laying down the marker that they did in their own county final, that the bookies don't always get it right.

It was now becoming clear how Castletown had set up, keeping numbers deep in their own half behind the ball and breaking forward on the counter when they managed to get a turnover, and forcing Port into longer range efforts under pressure.

They did this to good effect & points were traded up to the 24th minute (A Ryan & C Murphy) to bring the score level at 4 points apiece, before Castletown dominated the last 6 minutes of the half and went into the dressing room 3 points to the good with a score line of 0:07 to 0:04.

Port now knew that they were in a game & would have to do as they have done for most of this year, dig deep to get a result against a very determined team. 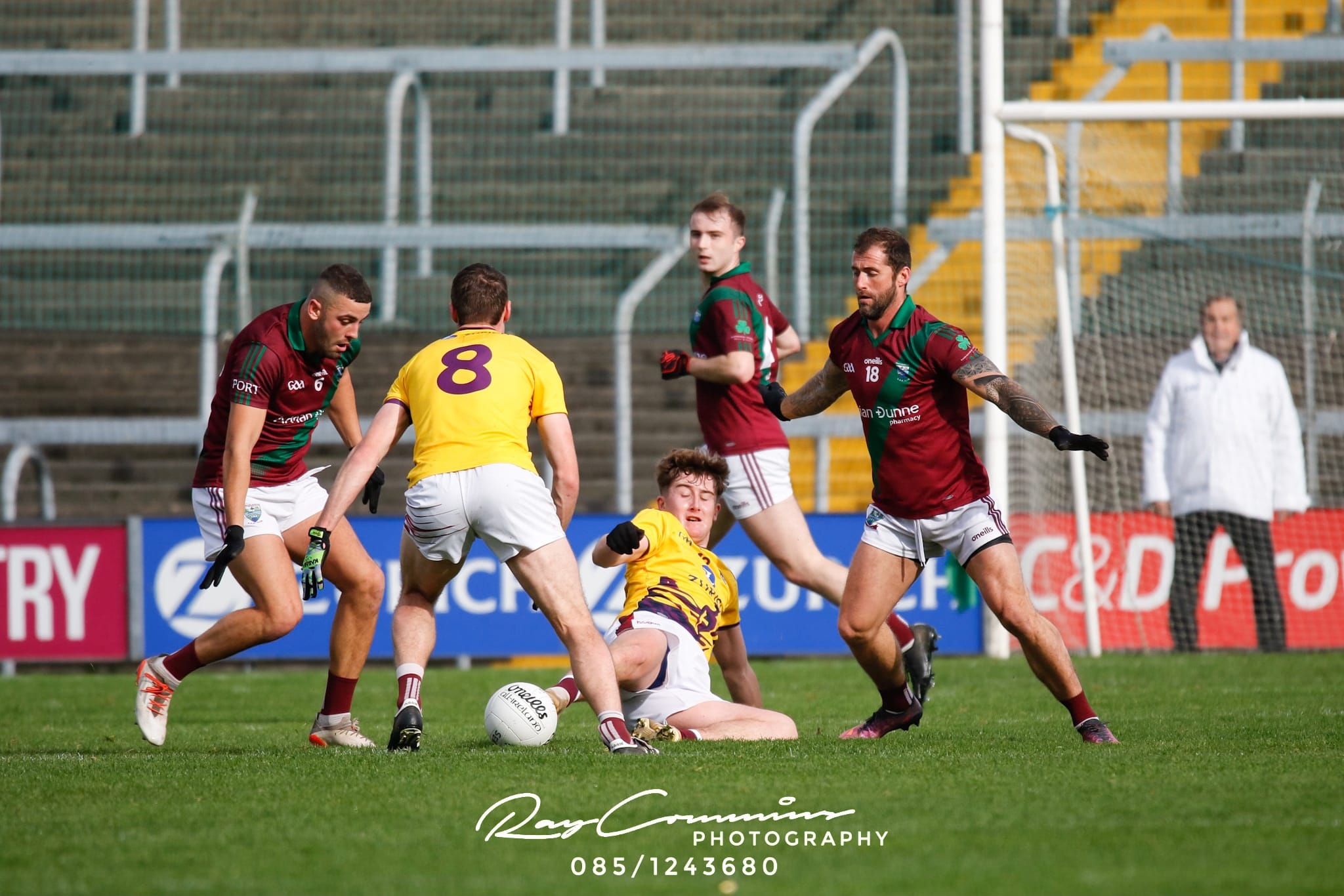 The Longford referee had to go looking for Castletown to re-emerge for the second half, but the delay did not faze Port who got off the mark immediately after the break with a point in the 31st minute from the boot of David Murphy, followed by one from brother Colm and an excellent '45 from Scott Osborne which tied the game up at 7 points each in the 36th minute.

But Castletown were not rolling over and pulled two points ahead in the 44th minute forcing Port to dig into their reserves which they duly did.

With 10 minutes left in the game and trailing by two, Colm Murphy obliged the support from the travelling Port crowd and swung over 2 frees to level the game up yet again, and Scott Osborne again stepped up to smash over a '45 to pull Port's noses in front by a single point in the last 4 minutes of normal time.

But the real drama of this epic encounter was yet to come.

Deep into the 5 mins of injury time, Castletown struck to level up the game and both sets of supporters were making no plans for an early drive home as extra time loomed.

But Port as they have done so often, found an extra gear and thundered back up the field immediately and produced a point from the hard working Rioghan Murphy to pull back ahead.

Given the nature of this contest, nobody was taking this lead for granted with 2 minutes left to play! 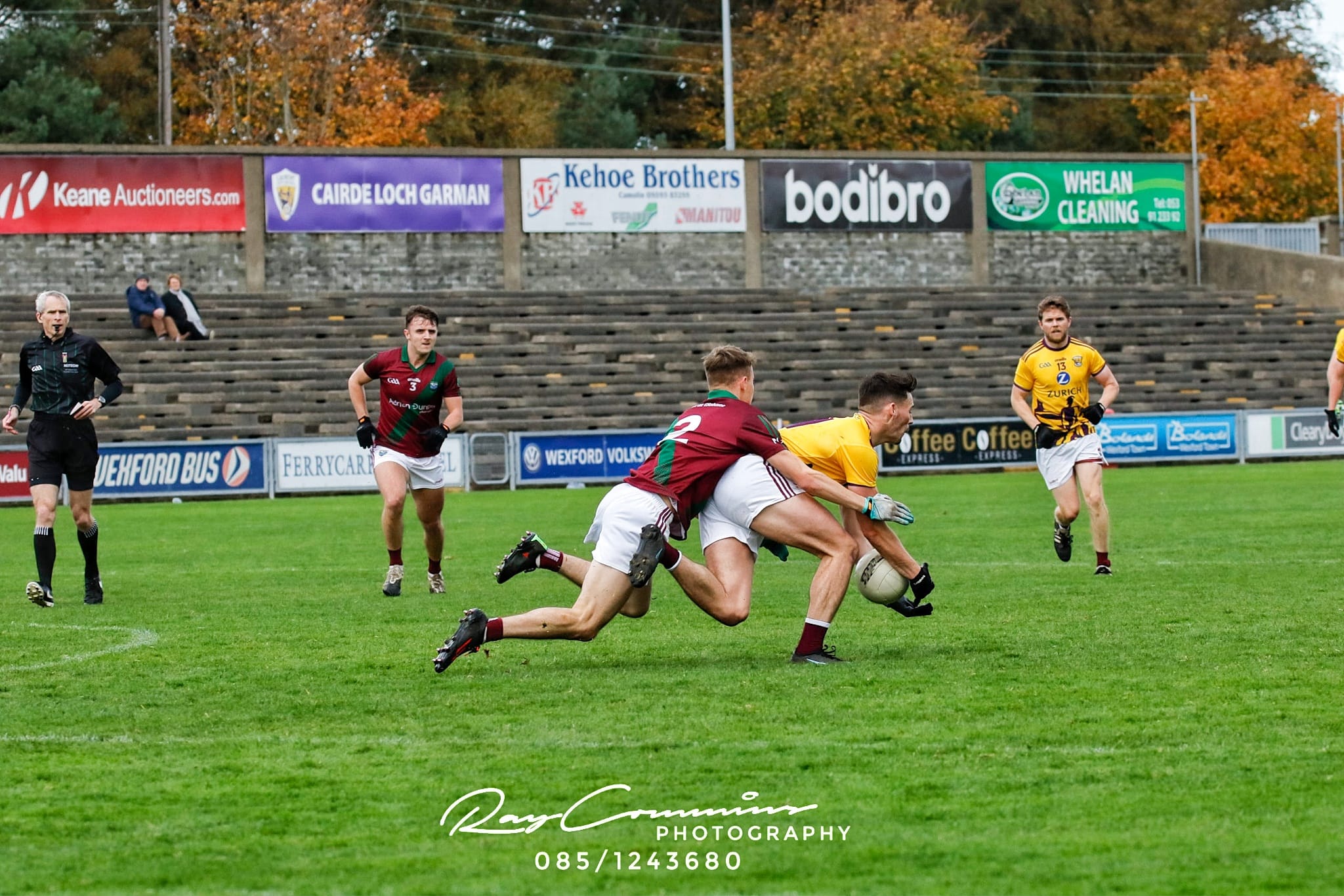 Then a moment of brilliance. In the final minute of injury time, following a turnover just past the '45, Colm Murphy brilliantly fed Paddy O'Sullivan who went route one for goals and buried the ball low into the net to put Port 4 points ahead and the result now in no doubt. 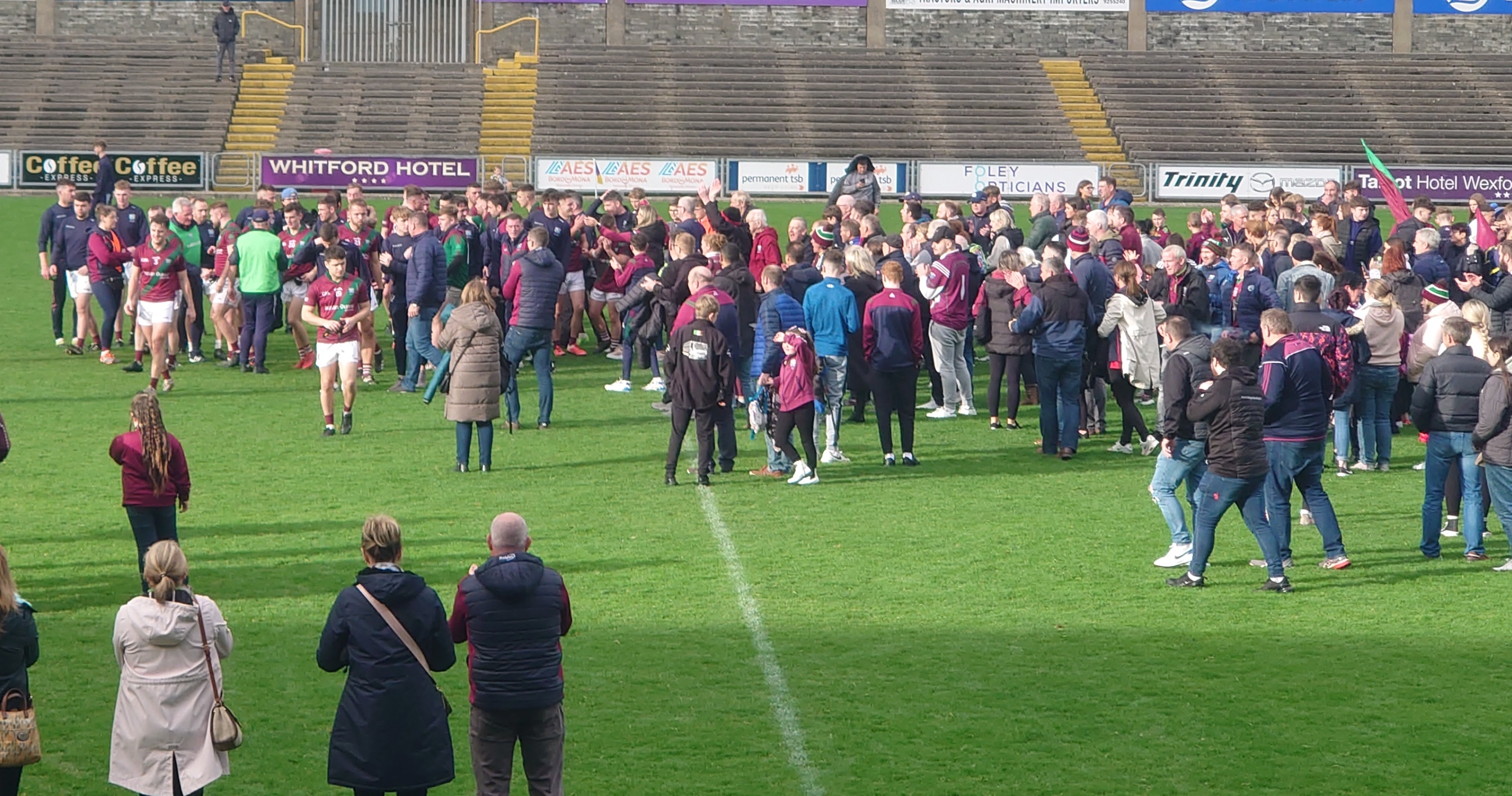 This was as good a game of football as you will see in Leinster this year and it cemented Port's reputation as a team that can win by digging games out if required & a team that will not throw in the towel.

The bookies got it right after all, but just about. And if you are still partial to a wager, then our next round opponents Palatine will be red hot favourites following their comprehensive win over St. Pats of Wicklow on Saturday night!

It is sure to be an interesting encounter.

There are not too many men in this world that can claim t...

Portarlington GAA were saddened to learn of the recent de...

Week 22 winnings were €8 bringing our total winnings to ...

Only 2 days to go to enter the Portarlington GAA Last Man...

Week 21 winnings were €13 bringing our total winnings to...